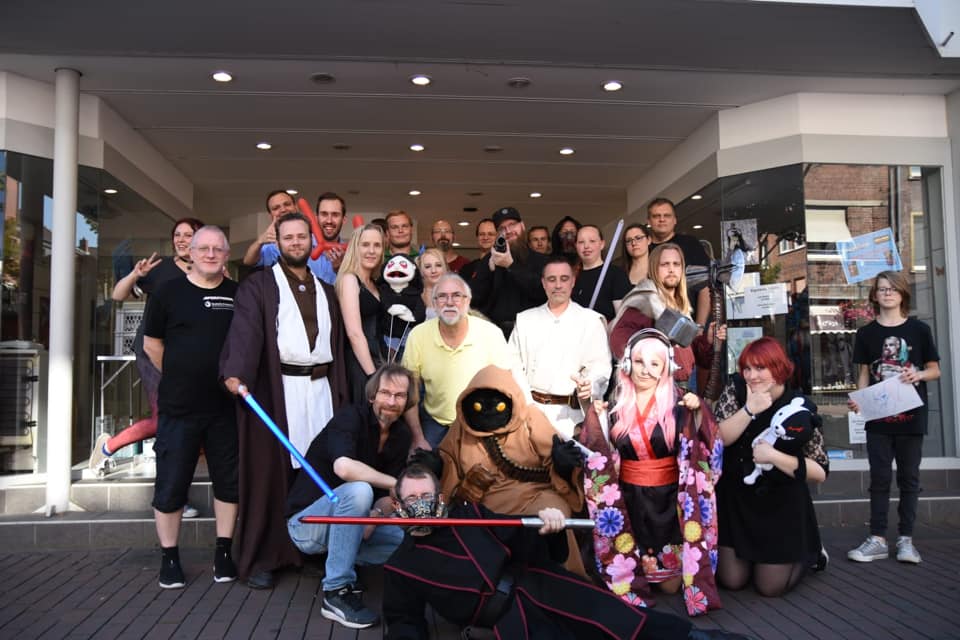 It’s been great visiting the city of Düsseldorf and, specially, being part of the special day that happened at “Evermore Comics and more“ at Kamp-Lintfort.
I would like to thank all the attendants, on disguise or not, that came around my table and spend part of their time having a look at the originals I brought with me.
Of course, special thanks to all those asked for a sketch or ordered a commission in advance.

It has been incredible meeting the guys of Imperathomas crew. A very nice group of Star Wars fans that, between other things, try to get money for the children who are in hospitals.
And of course, chatting with the shop team at the end of the venue.
It wouldn’t be fair, not thanking Dirk and Steffi, the “owners” for letting me being part of the party and, specially, for the time we spent together at a very nice Bosnian restaurant aside.

Even greater thanks to Rudi Bepunkt, nothing of this would have happened if wasn’t for you.
Hopefully wel’ll meet again soon.
Hugs to everyone.