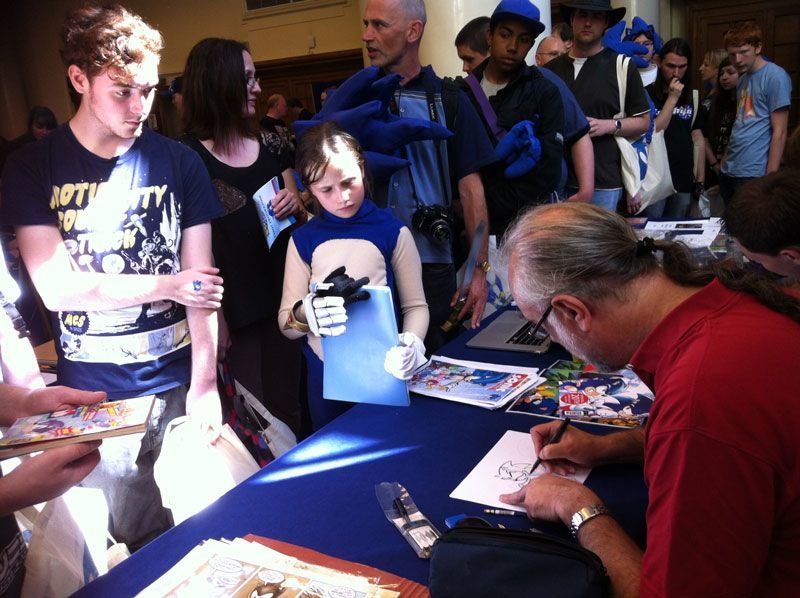 Summer of Sonic 2013 is history

Summer of Sonic is the biggest event organized by fans all over the worldOf course it’s dedicated to the most quickly blue hedgehog of the world. This year was in Methodist Central Hall Westminster, London, UK.

Twenty years after my works for STC I was contacted by the organizers of the event because they were interested in an interview who will appear in the event magazine. The thing grew and finally I was invited to be part of the event as a guest artist.

It was really amazing to meet up with fans who have kept their original magazine along twenty years to be signed, maybe someday. That’s something you can’t get used to.

Of course, there’s no need to say that the organizers, now counted between my friends, treated me and my wife, exquisitely.

I would like to add that meeting for first time Nigel Kitching, script writer and Nigel Dobbyn, artist, was also a complete pleasure. 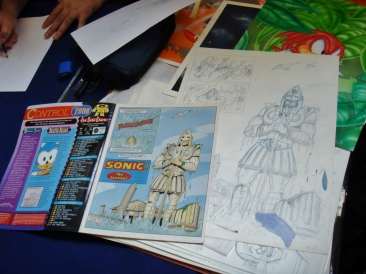 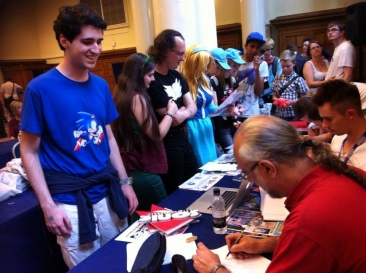